About
Home / About / Founders 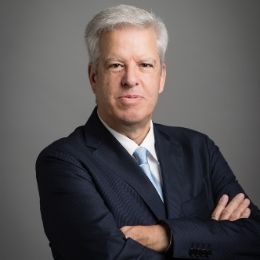 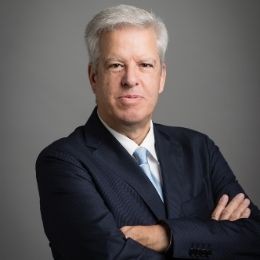 George is Senior Advisor & Managing Director of StormHarbour LLP in London. In parallel, he was Chairman of the NPL servicing company Eupraxis SA, which he helped build. Nowadays, he is the non-executive Chairman of the Investment Committee in a new initiative of implementation of Circular Economy in Greek SMEs.

Prior to joining StormHarbour back in 2010, George worked in Citigroup in Greece and London for 20 years, holding a number of executive roles (CEO of Citigroup Global Markets, Managing Director of Capital Markets and Banking, Treasurer, Senior Government Banker). He is a seasoned financier, with over 30 years of experience in large numbers of IPOs, M&As, Securitisation, Debt and Liability Managemen etc. George has been the CEO and Executive Director of a Private Equity Fund in Luxemburg between 2009 and 2013 and an Executive Board member in a number of Greek Corporates.

His experience and clout made him a key presence in the Greek and international media/press. He holds a Bachelor in Economics and Statistics from the University of Piraeus and an MBA from Rutgers Graduate School of Business. In 2016 George was named Distinguished Executive-in-Residence and Visiting Professor for the Rutgers Graduate Business School, New Jersey. George is also a member of the International Propeller Club of the United States. 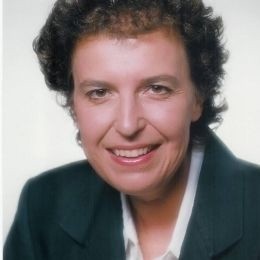 Dina Lazari is member of the BoD of “Hellenic Exchanges – Athens Stock Exchange” (ATHEX) and Vice Chairwoman of the BoD of “The Greek Central Securities Depository SA” (ATHEXCSD). She is also Senior Advisor to the Board of Domius Capital Advisors LLP (a  London-based, FCA regulated, Corporate Finance Advisory Boutique focusing on the provision of Strategic Advice, M&A execution and Private Capital raising for Funds and corporate) as well as member of the Investment Committee of Economists Professional Fund.

Dina has long-term experience in both the private and public sector. She also has knowledge of the international political and economic environment and proven experience in multinational/multicultural negotiations.

In the private sector she has served in senior managerial positions mainly in the financial sector (Deputy Governor/Executive Vice Chairwoman of the Board of Directors, Agricultural Bank of Greece - Chairwoman of the Board of Directors of ATE Techniki-Pliroforiki SA  and ATE Cards SA -subsidiaries of the Agricultural Bank of Greece- Senior Advisor to the management, Emporiki/Commercial Bank of Greece - Manager and Member of the Board of Directors of the Emporiki/Commercial Bank Historical Archives - Chairwoman of the BoD and Managing Director, Hellenic Industry for Sacks and Plastic Products SA). She has also participated as a member of BoDs in numerous companies and organizations (Selonda group/ fisheries, Perseas/ fish feed, Hellenic Sugar Industry SA, Interbanking Systems/ DIAS SA, ELINTA SA, National Foundation for the Reception and Reinstatement of Expatriate Greeks).Ιn the public sector she has served as senior advisor mainly on issues of public policy preparation and implementation. She has also participated in inter-ministerial committees on important economic and social issues.

Dina holds a Bachelor in Economics from the Economic University of Athens, a Master of Science in Industrial Relations and Personnel Management from the LSE and a European Master in Multimedia and Audiovisual Business Administration from a European interuniversity post-graduate program that was financed by the EU MEDIA program. 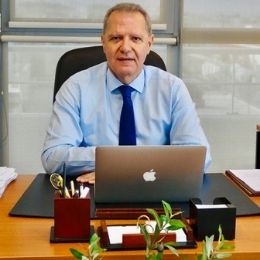 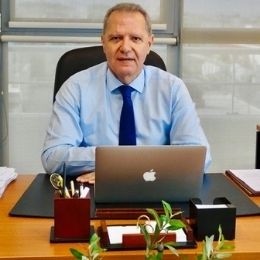 Serkos Haroutounian (www.aua.gr/haroutounian) is professor of Chemistry at the Agricultural University of Athens (AUA) and Chairman of the Hellenic Agricultural Organization “DIMITRA”, position he also held the period 2013-15. During 2017-19 he served as vice-Rector of Academic-Administrative-Students Affairs of AUA.

He received his B.Sc. degree in Chemistry from the University of Patras as Gulbenkian Foundation scholar and pursued doctoral studies in the terms of a collaboration between AUA and the University of Illinois at Urbana Champaign. Then, he moved to Illinois to carry out postdoctoral research (1986–87). After serving the Greek Navy, in 1989 he joined the AUA faculty as lecturer. In 1992–93 he returned to Illinois as visiting professor, while in 2002 he was promoted to AUA professor. During 2002-17 he was also appointed at the Hellenic Open University as Professor and Coordinator of Organic Chemistry (Dept. of Natural Sciences).

In 1999 his research group accomplished and published the first asymmetric total synthesis of the natural product (+)-prosophylline. In 2007 he was elected as member of the Academy of Natural Sciences of Armenia. In 2008 the European Commission was awarded his research project for Circular Economy. In 2012 the LIFE unit of EU included his research project DIONYSOS among the best environmental projects of last twenty years. In 2015 his research group published the first critical interpretation of Dioscorides code (1st century AC).

He has contributed to the promotion and certification (as PDO or PGI) of several traditional products of Greece, such as “Fava Santorinis”, “Tomataki Santorinis”, “Tsipouro Tyrnavou” and the cheeses “Kashkaval” and “Tsalafouti”. Currently, he implements three projects for the regions of Epirus, Central Greece and Northern Aegean for the promotion and certification of their five traditional agricultural products.

During 2014-6 he was appointed member of the Scientific Board of the Agro-nutritional committee of the National Committee of Research & Technology of Greece. He served as the Greek delegate at the EU committees for the 7th Research Framework (2005-7) and the SMEs research (2008-10). He is an elected member of the Central Council of the Armenian community of Greece.