Thousands of people visited the International Convention Center in Thessaloniki during the 28th Agrotica that took place from January the 30th  to February the 2nd with 2,077 exhibitors and more than 160,000 visitors attending this year's impressive event.

The "New Agriculture for a New Generation” program was present once again hosting the "New Agriculture -New Co-operation - Towards a Modern Model of Cooperatives for the New Generation" conference while at the same time welcoming visitors to it’s Booth, where they got to meet some of the program’s beneficiaries, taste their unique products and learn about the services they provide.

Τhe participation in the conference "New Agriculture-New Cooperation-Towards a Modern Model of Cooperatives for the Young Generation", that was co-organized by the "New Agriculture for a New Generation” program with HELEXPO under the auspices of the Ministry of Rural Development and Food, was actually a record breaker, with more than 500 attendants.

During the conference, we watched academic and senior executives of organizations and businesses active in the agri-food sector, representatives of political leadership and of cooperatives from Greece and abroad, as well as experts, talking about modern models of governance and competitiveness, of the various challenges that the cooperative groups are facing in Greece and abroad while explaining the great opportunities for education and innovation that can arise in the industry.

Prominent scientists such as Professor Sanjib Bhuyan from Rutgers University and Professor at the Swedish University of Agricultural Sciences and Strategic Advisor to the New Agriculture for a New Generation Program, Kostas Karantininis, discussed the different issues facing the Greek cooperatives and suggested solutions based on other countries’ models while adapting them to the Greek reality, as well as the need to form a flexible legal framework that allows the creation of cooperatives with both a commercial and a research, educational and counseling purpose.

We also had the chance to attend high-level business executives such as Steen Nørgaard Madsen, President of milk Inter-professional and Board Member of Cooperative Arla Foods and Arjen Van Nuland, Managing Director of the Dutch Rural Cooperative Council, who presented us with examples of successful cooperative models in Denmark and the Netherlands respectively, providing valuable food for thought.

Efi Lazaridou, Executive Director of the "New Agriculture for a New Generation" program, stated after the conference, "We pledged to support the establishment of a new culture of cooperation in the agri-food sector in our country. Healthy, profitable, modern cooperatives can be a vehicle for the sustainability and growth of small family farms, giving them access to technological innovation, consulting services, market networks. Following on from our commitment and actions to support the cooperatives, we announce the creation of a pilot cooperative academy, which will be formed in the immediate future and aspires to evolve into a platform for professional training and education of Greek cooperative members”.

But that was not all. The “New Agriculture for a New Generation”’ s booth was also filled with people, with adults and children testing the unique products produced by our beneficiaries. At the program’s booth, we drank tea from Nespresso like capsules filled with aromatic herbs made from the Group of Almyros area in Greece, we had a taste of candies made from Industrial Cannabis implemented by the Larissa Group, and we tasted beer enriched with aromatic herbs by the Erontas team, inspired by the aromas and natural wealth of Crete. Apart from the drinks of course, we also had the opportunity to taste delicious fresh jams, spoon sweets and syrups from fresh cherries and figs from the mountain villages of Macedonia, made by the Fruit Stories team, using environmentally friendly and no-preservatives methods. 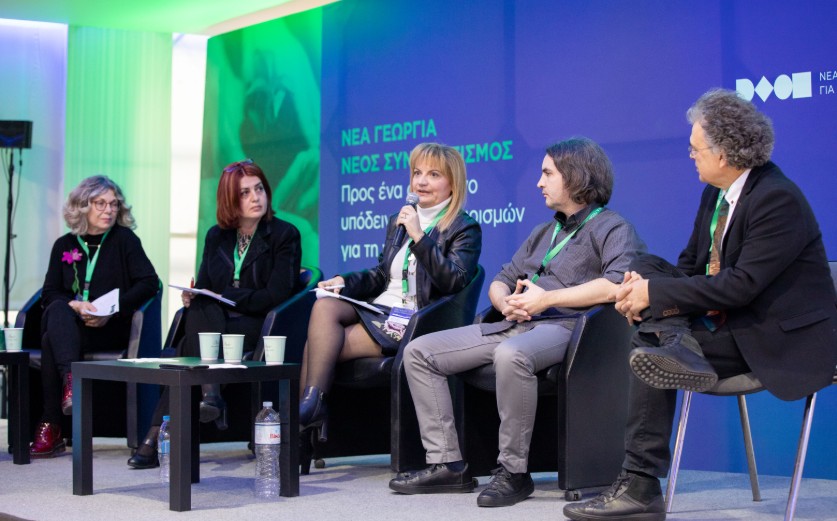 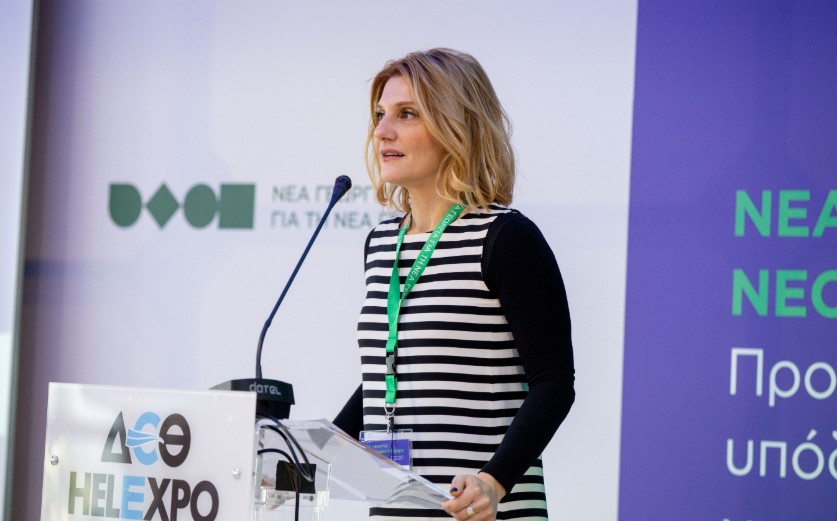 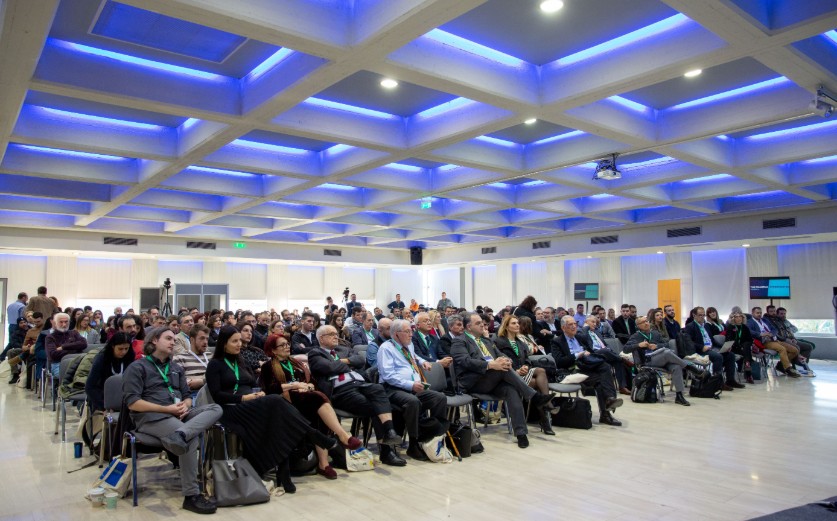 But the interesting facts didn’t end there, as the beneficiaries from the Team of Grammatiko presented us a Natural Insecticidal Product from Aromatic and Medicinal Plants that aims to protect the environment through the use of eco-friendly solutions in crops and at the same time, we talked to the beneficiaries from teams Farsala and Trikala that told us everything about the creation of standard propagation material of chamomile originated from the area of Farsala and endemic species of Trikala respectively. 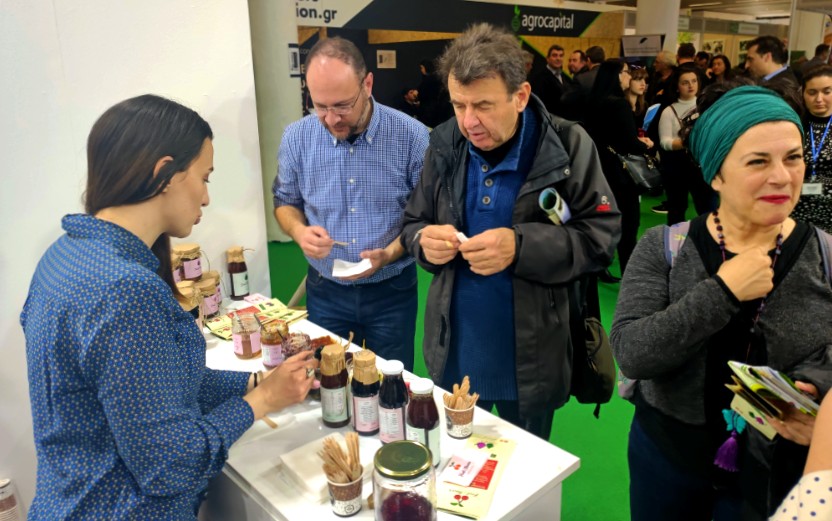 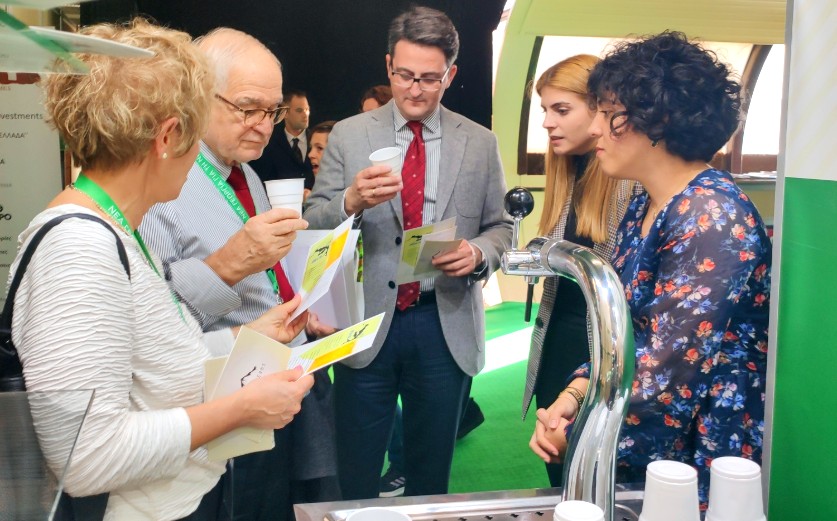 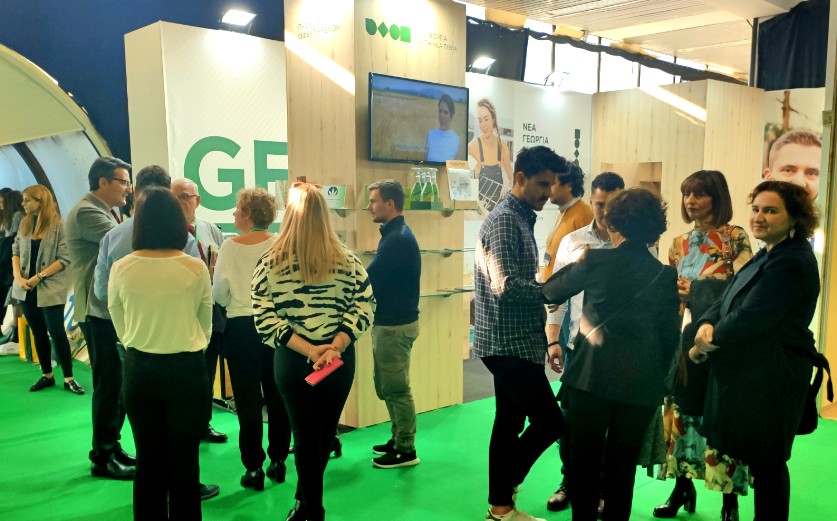 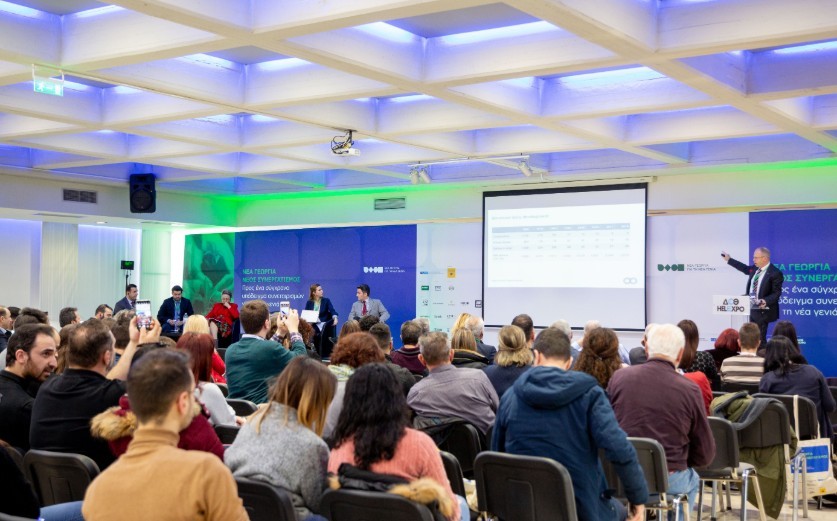