Thessaloniki, Greece – Now in its second year, the “Small Farm Adoption” project implemented by the American Farm School (AFS) as part of the “New Agriculture for a New Generation” (NANG) program brings experts from AFS to advise young farmers on their farms throughout the season. The project established 22 groups of practicing farmers in Thessaly and Macedonia to focus on the main crop of each area: chestnuts in Griva, table olives in Halkidiki, and rice in Chalastra, to name a few. A rotating set of trainers informs the farmers about best practices in planting, weeding, fertilization, crop protection, and harvest. “The training that each beneficiary receives is individualized and based on what is observed in his field,” said project leader Ilias Kalfas. “If a farmer has a problem with pests, for example, we send a PhD candidate who specializes in that pest or a very experienced field agronomist. It’s a countryside academy, a living lab.”

Let’s take a tour of some of these crops:

In Griva, near Goumenissa, growing chestnuts is a tradition. The chestnuts are not cultivated in normal, horizontal plots but grown in the mountains above the village. Producers cut wild chestnut trees to a height of one or one-and-a-half meters and then graft edible French cultivars onto the trunks. Usually four branches are grafted onto the trunk with tape, and then two or three branches take. The farmers use pipes to bring water from the mountain to the fields. They use nets to collect the chestnuts since the trees usually grow on a slope. The harvest takes place in October, and is combined with a chestnut festival. Two beneficiaries from the program, Kostas and Panagiotis, are cousins with young chestnut trees. They own a restaurant in Griva where they cook delicious dishes featuring chestnuts. The group mentors have also recommended that the producers collaborate with beekeepers to make chestnut honey. “It’s an easy way for the producers to make supplemental income,” said mentor Michalis Genitsariotis. “The beekeepers just need to bring their hives to the chestnut fields.”

Large, green table olives are cultivated in Kalives Poligirou, Halkidiki, and harvested in early September. In nearby Metaggitsi, olives are harvested by hand from a special local olive tree called Galani Chalkidiki in November. The olive oil is produced using traditional methods and has a lighter taste and a high concentration of polyphenols, natural antioxidants. Mentors from AFS helped farmers manage a fungus called verticillium wilt, the most difficult disease for olive trees. One of the trainers’ other main tasks is to teach proper fertilization, harvesting, and management techniques, focusing on quality and safety. Product promotion techniques are also of great importance.

Rice is grown in Chalastra, near the Axios Delta. Rice cultivation began here experimentally in 1949, and now 70% of the rice in Greece is produced here, covering 10.000 hectares. Since rice grows in fields that must be flooded by water, irrigation canals control the flow of water from the Axios River. Every season, producers prepare and level the soil using laser technology to produce a slight slope so that the fields can drain. In May, the rice fields are flooded and the seeds are planted. The crop grows through the summer and is harvested in October.

“Farmers need support both in cultivation and in selling their products,” Michalis said. “They must cooperate and carefully consider their decisions. Why did they get involved with agriculture? Why did they choose this variety? If they have a clear picture of their actions and goals, then it is easier to find solutions to their problems. It is a long-term commitment, and they must be patient. They should have the opportunity to test new varieties, new ideas, and new technologies. We are working in this direction, and we believe that this year, we have taken important steps with our farmers.” 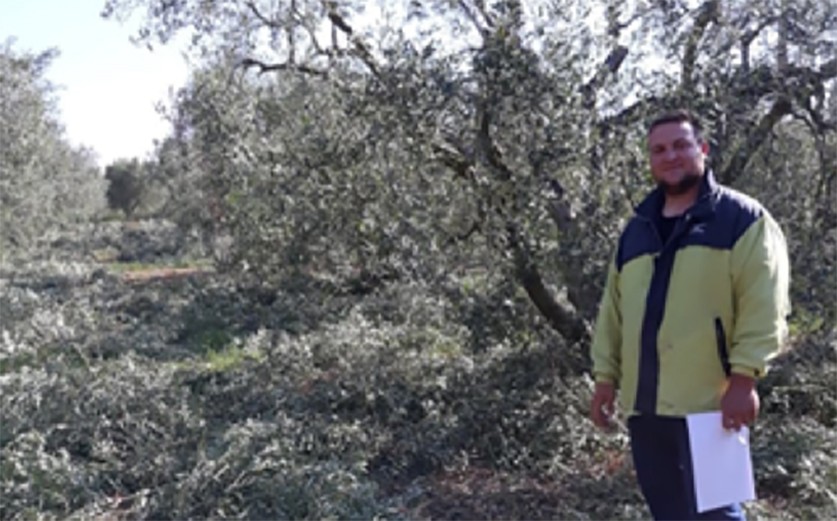