“New Agriculture for a New Generation” participated in the 28th Agrotica and there, I had a chance to meet Theodora Chatzilia, Co-Founder of New Food Product Development Institute. She talked to me about "The Uplifting Water", a product based on the use of new innovative production technologies aimed at highlighting the importance of probiotics in human nutrition.

Thodora lives and works in Thessaloniki and is a graduate of the Department of Agriculture at the Aristotle University of Thessaloniki where she is currently completing her master's degree in Food Science and Nutrition. Together with her father, Nikolaos Chatzilias, who is a chemical engineer and professor at the American College of Agriculture, they founded the New Food Product Development Institute a few years ago, which specializes in developing and designing new food products, designing and improving production lines and applying new technologies to the production process.

New Food Product Development Institute team have made their way to the bootcamps phase of the “Trophy-Τροφή Challenge” competition organized by the "New Agriculture for a New Generation" program, by presenting "The Uplifting Water", a natural fermented beverage made from a group of probiotic microorganisms that contains sediment as well as carbonate while being enriched with trace elements and vitamins, using a new technology called infusion. "The consumer nowadays is well informed and is always demanding for more functional foods and beverages, that is, focusing on natural or enriched foods that have specific beneficial effects on one’s health. Health awareness and a great number of bowel disorders have highlighted the benefits of probiotic foods. Our product is an alternative to consumers who mainly use milk products until now, "Theodora told me.

Through their presentation at “New Agriculture for a New Generation”’ s booth at the 28th Agrotica Agrotica held at the TIF in Thessaloniki, I had the chance to see the many different flavors of The Uplifting Water, such as cucumber and lemon or ginger. Their product is already being marketed in collaboration with companies and industries active in the kefir and food industries.

Their goal is to produce other products in collaboration with food companies throughout the year. As Theodora said, "I find that food is a very promising industry that has a lot to give to those who decide to work for it. It is striking to me that everything is based on chemistry, a chemical bond can change everything! ".

Also, its is in their future plans to network even more and collaborate with other food industries as Co-Founder of the company says, "We really believe in the power of collaborations, because a product needs a lot of work and a lot of people from different fields. "

Trophy-Τροφή Challenge was really important to them. “It was a great experience that helped us through networking, meeting other young people who have something to show, something that they have worked with and invested their time and energy. “New Agriculture for a New Generation” is a really pioneering program focused on agri-food, it is really innovative for Greek reality, "Theodora told me. She also mentioned that she has applied for the new Regeneration project implemented by "New Agriculture for a New Generation" program and with great enthusiasm, she told me that "I think ReGeneration is exactly what a young entrepreneur needs in order to work in the agri-food sector. I hope I can participate and look forward to it! ". 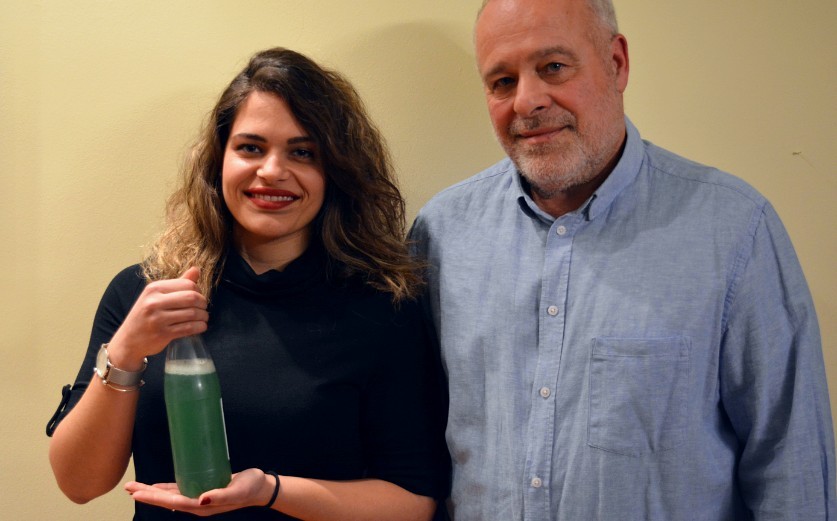