Who is Triantafyllos Pitsiorlas, beneficiary of the “Agroanelixis-Cottage Industry” accelerator?

Triantafyllos is among the 15 beneficiaries of the agri-food acceleration program implemented by the "New Agriculture New Generation" organization and is active in the livestock sector, producing his own organic animal feed. His goal is to create a cottage industry that will manage, among other things, to introduce to the Greek market an authentic organic Greek product with a designation of origin, called “goat non-pasteurized cheese”.

Originating from Paleochora, Halkidiki, right at the foot of Mount Holomontas, Triantafyllos family has a deep tradition in stock farming for 4 generations. Having studied at the American School of Agriculture in the Department of Dairy and Cheese and having attended numerous seminars on agriculture and farming, his goal is now the development of traditional animal farming techniques.

"Our childhood years were not easy, with very little free personal time and many working hours in winter and summer. When I was 13, I started plowing the fields and then I started taking care of the animals", says Triantafyllos while adding that, "although as a child dealing with animals was not my favorite thing, at the age of 20 I had a sudden communication with them. I feel their needs, I appreciate them but I also respect them, as they, like nature, offer us everything ".

Until 2 years ago, the family had goats of extensive breeding, something that made them mobile breeders, depending on the season and the existence of vegetation. As this widespread livestock tactic is both more tedious and less efficient, Triantafyllos and his brothers decided to change it, adopting the alternative way of producing their own organic animal feed.

Together with his brother Dimitris, who has also studied Crop Production at the American School of Agriculture, and his sister Olga, who deals with accounting and financial management, from 2019 onwards they started to implement the goal of the development of their livestock unit. they have. So, out of the 1,400 animals that the family had, they decided to keep the 900 in which to invest in both hygiene and animal feed, to become more productive. Now, 60% of the feed they use in their goats are self-produced, with the goal of reaching 90% in the coming years.

Introducing the non-pasteurized goat cheese to the Greek market

The non-pasteurized goat cheese of deep maturity, although an old tactic of breeders in many parts of the country, is not widely known, is not consumed by the majority of the country's population and thus, is not yet officially released in the Greek market. Triantafyllos wants to highlight this special product, which, as he says, "has a peculiarity, it does not alter the aromas and flavors, something that makes it particularly delicious".

"Our goal is to set up an agricultural unit, a cottage industry, which will process our main product, goat's milk, into goat non-pasteurized cheese of deep maturation, with techniques we have learned from our grandparents," says Triantafyllos. It is also worth mentioning that this is a purely organic product without additional preservatives which, in addition to being particularly tasty, also has a proven bioprotective action.

Triantafyllos for the last 2 years was looking on the activities implemented by the "Nea Agriculture Nea Generation" organization and this year, he was selected among the 15 participants of the Agri-food Acceleration program "Agroanelixis-Cottage Industry".

He summarizes the basic elements that he feels he has gained through his course in the program so far, in 3 important words "cooperation-communication and responsibility". "We learned how to act like professionals, how to be responsible. Responsible not only to customers or partners, but also to animals. This is very important, and no professional should forget it ", he says characteristically.

In collaboration with the team of New Agriculture New Generation, the goal is to create a biological farming unit or cottage industry, which will process its own products while also implementing experiential seminars in collaboration with agricultural schools, bringing those interested in contact with the nature, the animals but also the way of operating a livestock craft.

At the same time, the creation of a large area of plantation that will house the animals has already begun, while concurrently, they are expanding the area of their fields, with the aim of producing the best possible quality organic animal feed. Also, their goal is after the introduction of non-pastreurized goat cheese in Greece to be able to export this product to countries such as Switzerland or France.

Finally, it is worth mentioning that Triantafyllos is clearly aware of the issue of environmental protection and through all these processes of modernization of his livestock unit, he fights for the smallest possible footprint on the planet. As he says "It is better to produce a smaller quantity but with quality, than to continue to burden the earth and its people with bad tactics". 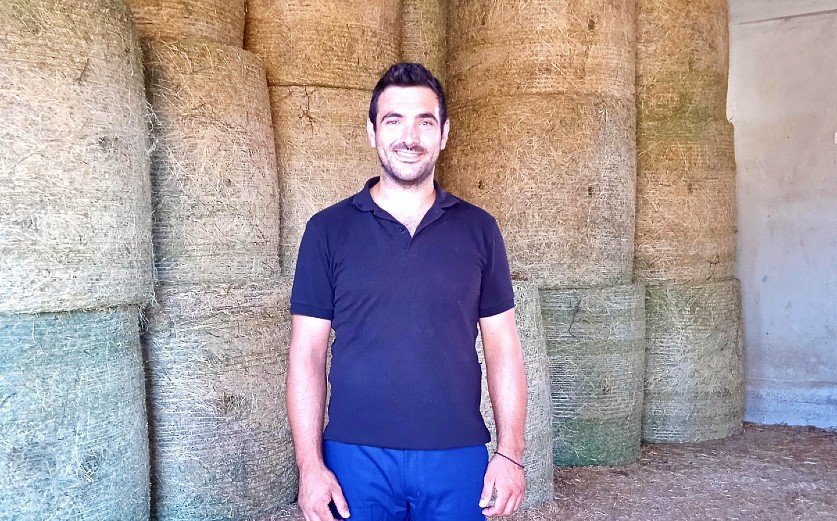